West Street, the Michael E. Busch Annapolis Library, Germantown Elementary School, the Navy-Marine Corps Stadium, Poplar Park and our neighborly streets make Germantown-Homewood a special neighborhood in the heart of Annapolis. But it hasn’t always been that way. 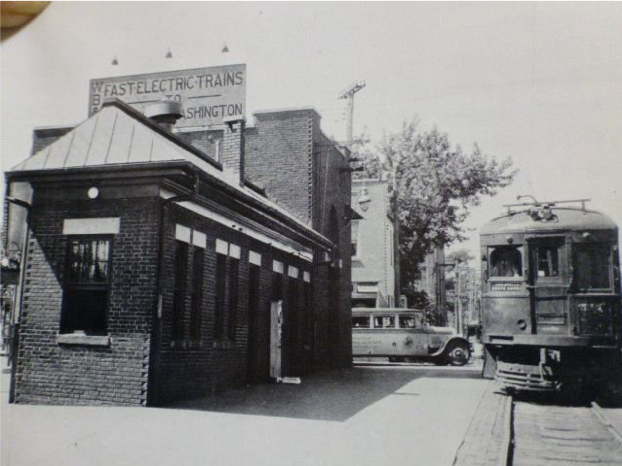 At the dawn of the 20th century, Annapolis was a town of about 10,000 people and it had already grown far beyond its original boundaries.

Annapolis was one of the fastest growing towns in Maryland at the time, boasting modern conveniences like railroads, a steam fire engine, uniformed police, electricity, gas, high quality waterworks, and paved roads. Many of the historic homes had been replaced or undergone extensive renovations and new, modern homes were becoming more commonplace throughout the City. 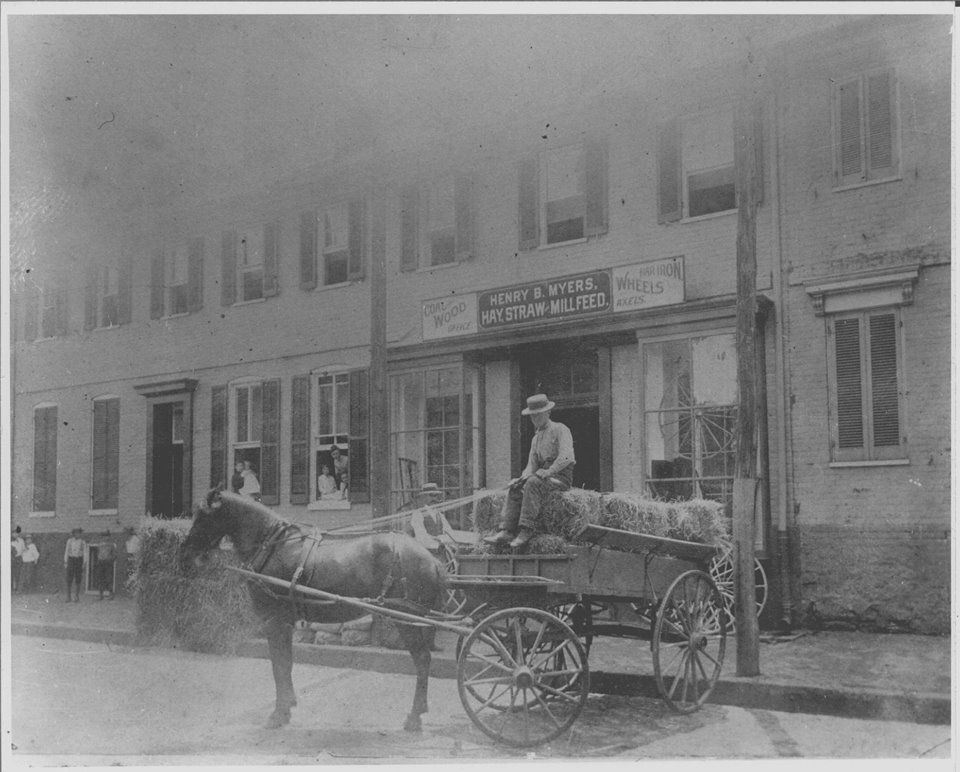 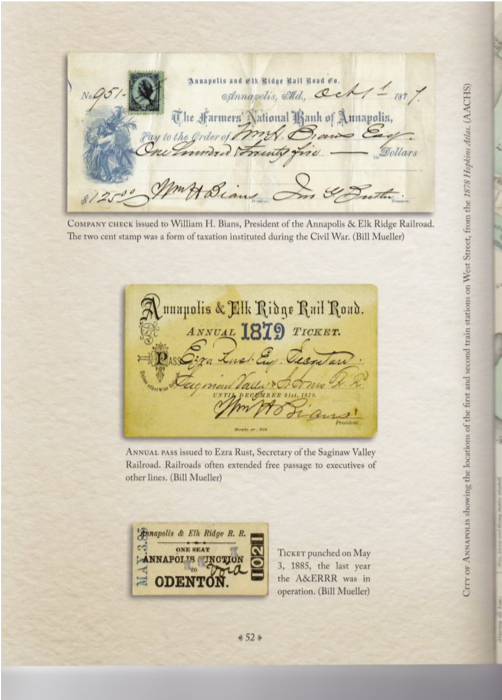 A hundred years ago, our neighborhood was on the cusp of becoming one of these new “modern” suburbs of a well-established Colonial-era town. At the dawn of the 20th century, Annapolis was a bustling, growing urban center and Germantown-Homewood was part of the sprawl as the City expanded beyond its original boundaries. Slowly the large and small farms that dominated our landscape became transformed into the now familiar streets, sidewalks, and attractive homes that comprise Germantown-Homewood.

Prior to the early 1900s, areas west of the historic City center were mostly agricultural, before becoming now-familiar names like Germantown, Homewood and Cedar Park. These communities are now among the older ‘suburbs’ of present-day Annapolis.

In the 1890s the high concentration of German immigrants in this part of town prompted a local journalist to name the growing neighborhood Germantown. Many of the original settlers came to the Eastern U.S. in the mid to late 1800s, especially young men who immigrated to escape mandatory military service in Germany. Local families with names like Feldmeyer, Gottlieb, Myers and Heintz were among the earliest residents of this area when small farms dominated the landscape.

Before it was developed into residential housing, south of West Street was one of the largest produce farms in the area. For decades it was owned by two German brothers. After their deaths it was bought by Henry Myers, who built many homes and transformed the large parcel from farming to residential. The southern section of Germantown was dubbed Homewood in the early 1900s.

It wasn’t until 1951 that Germantown-Homewood became an ‘official’ part of the City.  But it was not alone: Eastport, Truxton Heights, Parole, Cedar Park, Tyler Avenue and many other local neighborhoods were also part of that expansive evolution. 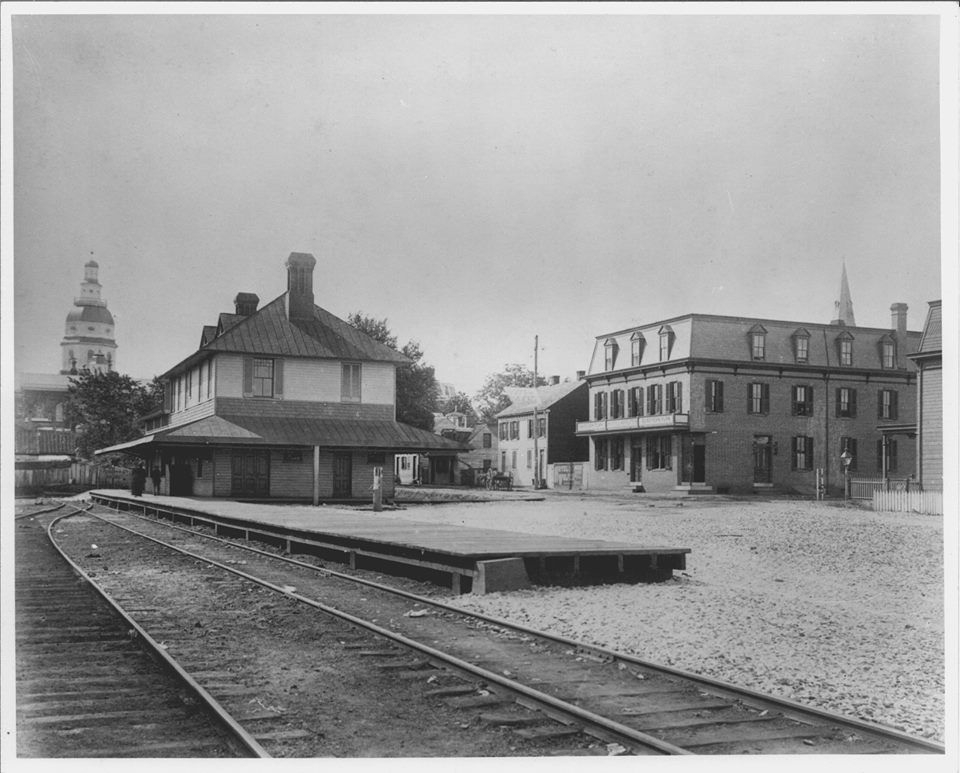 GERMANTOWN-HOMEWOOD WAS AT THE CENTER OF THINGS EVEN BEFORE IT BECAME ONE OF OUR CITY’S EARLY SUBURBS.

The Annapolis and Elk Ridge Railroad began operation in 1840, four years after the Maryland General Assembly voted to sponsor its construction to serve the state capital. The single span railroad ran from Annapolis through Millersville, Crownsville, and Odenton to its terminus in Annapolis Junction, just over the Howard County Line. The A&ERR connected Annapolis to the Washington Branch of the B&O Railroad and was largely for passenger transport rather than cargo.

The terminus station was in the brick buildings next to what is now the Graduate Hotel on West Street.

‘Our’ railroad played a pivotal role in the Civil War as Union troops made their way south. When soldiers moved between the separate train stations in Baltimore, violence and riots erupted as Southern sympathizers attacked Union Infantry, cutting telegraph lines and delaying their troops’ arrival in Washington. To bypass these conflicts, thousands of troops were ferried by water to Annapolis, from where they then traveled to Annapolis Junction via the A&ERR on their way to defend Washington. 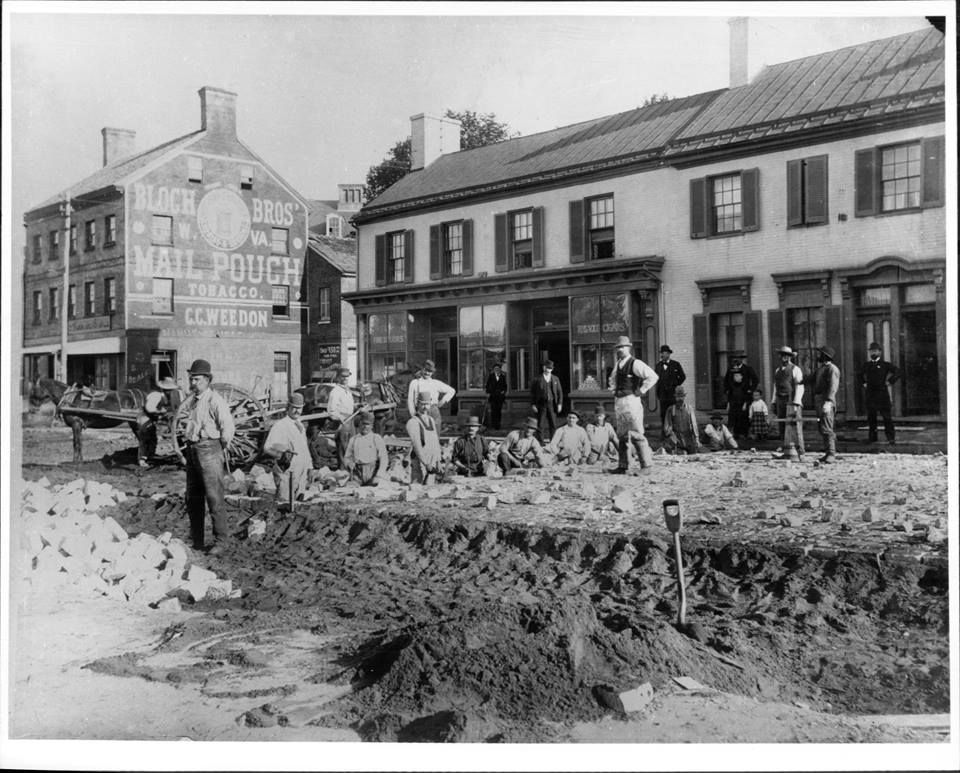 In the late 1800’s robust railroad expansion mirrored post-Civil War industrialization. Amid growing competition and financial investigations, the A&ERR was sold in 1885. After reorganization the railroad was re-chartered as the Annapolis, Washington & Baltimore Railroad. It later connected with a new railroad which ran from Annapolis to Bay Ridge called the Bay Ridge and Annapolis Railroad.

The AW&B enjoyed relative prosperity during WWI as Camp Meade was opened as a temporary Army training facility. During this period, the railroad carried almost six million passengers per year. Camp Meade was later made a permanent facility, Fort Meade, in 1928.

Ultimately the rising popularity of auto travel and the crippling effects of the Great Depression drove the AW&B into receivership and the railroad ceased operation in 1935.  The majority of the steel was sold as scrap at a public auction. For decades the raised right of way, electrical lines, and deteriorating ties were the only evidence of a once vital right-of-way straight through our community.

That right-of-way lay vacant. Some citizens learned that the City was considering using Poplar Avenue to relieve West Street traffic. They began planting trees and shrubs, figuring that if people changed what was then an unused, raggedy abandoned right-of-way into a park, then the people would protect it. The strategy worked! In 2000, using Federal Open Space funds, the City installed the Poplar Path, built the wooden walkways, and began cutting the grass. 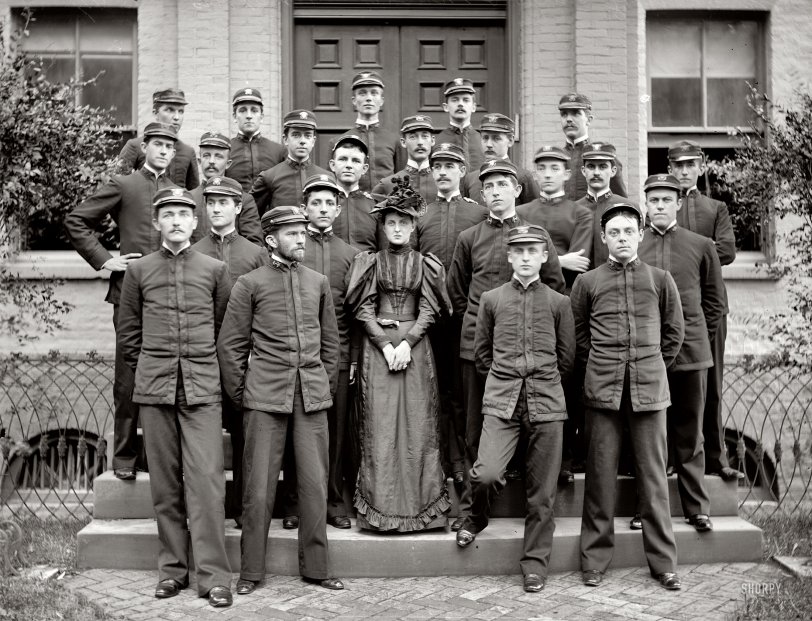 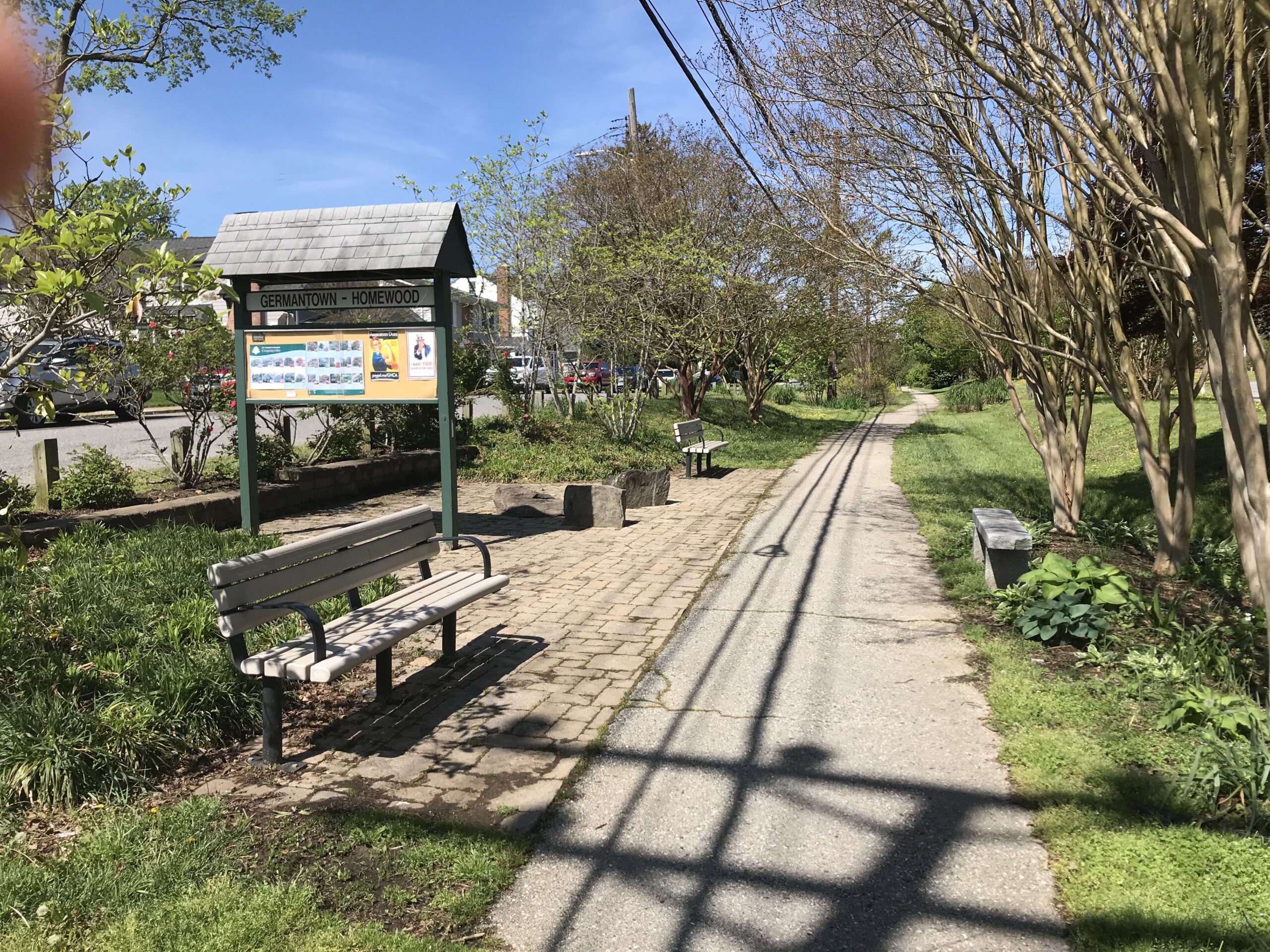 That old railroad today is an important and vibrant part of the Germantown-Homewood Landscape.

It is Poplar Park, where runners, cyclists, dog walkers and neighbors meet and meander along the same path as the steam powered locomotives of yesteryear. If you would like to join in maintaining the Park, join the Poplar Park Posse, an informal group of neighborhood gardeners – with or without green thumbs!

Germantown-Homewood today is a vibrant and important section of the City of Annapolis. Besides its human scale residential streets and cul de sacs, our community is peppered with small businesses, offices and restaurants. We straddle the Historic District to the east, and the larger scale commercial areas to the west. Our proximity to downtown Annapolis, Parole, and major roads and highways is the best of all worlds. We can even walk to the City Dock.

(Or give what you can)